BOARDMAN — Out-of-town legal counsel is taking on the case of a Boardman student who allegedly had a note stapled to his hair or head by a teacher’s aide.

The law firm of Agins and Gilman LLC, of Lyndhurst, names Sheli Myers as the parent of a child at Boardman Center Intermediate School.

She alleged in a police report that a note about remembering to bring a water bottle to school was stapled to her autistic child Jan. 19. It was reported to police the next day.

The police report states the note was stapled to the child’s hair, and, in the process, the stapler came in contact with the child’s neck, leaving light scabbing.

A statement from the law firm, however, alleges a teacher’s aide “stapled a piece of paper to this child’s head, not to his hair.”

The Boardman Local School District declined to comment on Wednesday, stating: “Due to pending litigation, Boardman schools is not permitted to comment.”

Aimee E. Gilman, an attorney representing Myers, said in the statement that the child “did suffer injuries, both physical and mental, and did receive medical treatment for the incident.”

The lawyer also stated that schools Superintendent Tim Saxton “downplayed the severity of the event” while speaking with local media, saying that the aide did not mean to harm the child, “and therefore only required a warning as a reprimand.”

Gilman also added that Saxton said the aide “has a ‘clean’ record,” but “neglected to mention that this lady’s behavior has been the subject of multiple complaints” by Myers.

No charges were filed after Boardman police investigated, as well as the Mahoning County Prosecutor’s Office, the police department said last week.

Attempts by the newspaper this week to reach Myers have been unsuccessful.

The police report stated that on Jan. 19, a woman found her son “was extremely shook up about an incident” that took place with a teacher’s aide.

In the police report, the boy is said to be on the autism spectrum.

While at school, his daily routine includes getting a bottle of water from a teacher in the building. Both the boy’s teacher and aide “requested several times” for the child to bring his own water bottle, the police report notes.

Myers said in the police report that her son doesn’t forget to bring one from home.

A caller alerted The Vindicator last week to the matter and stated the boy is 10 years old.

Previously, the school district said: “Although privacy laws prohibit commenting on specific incidents, all allegations of staff misconduct are thoroughly investigated in accordance with the district’s disciplinary process.” 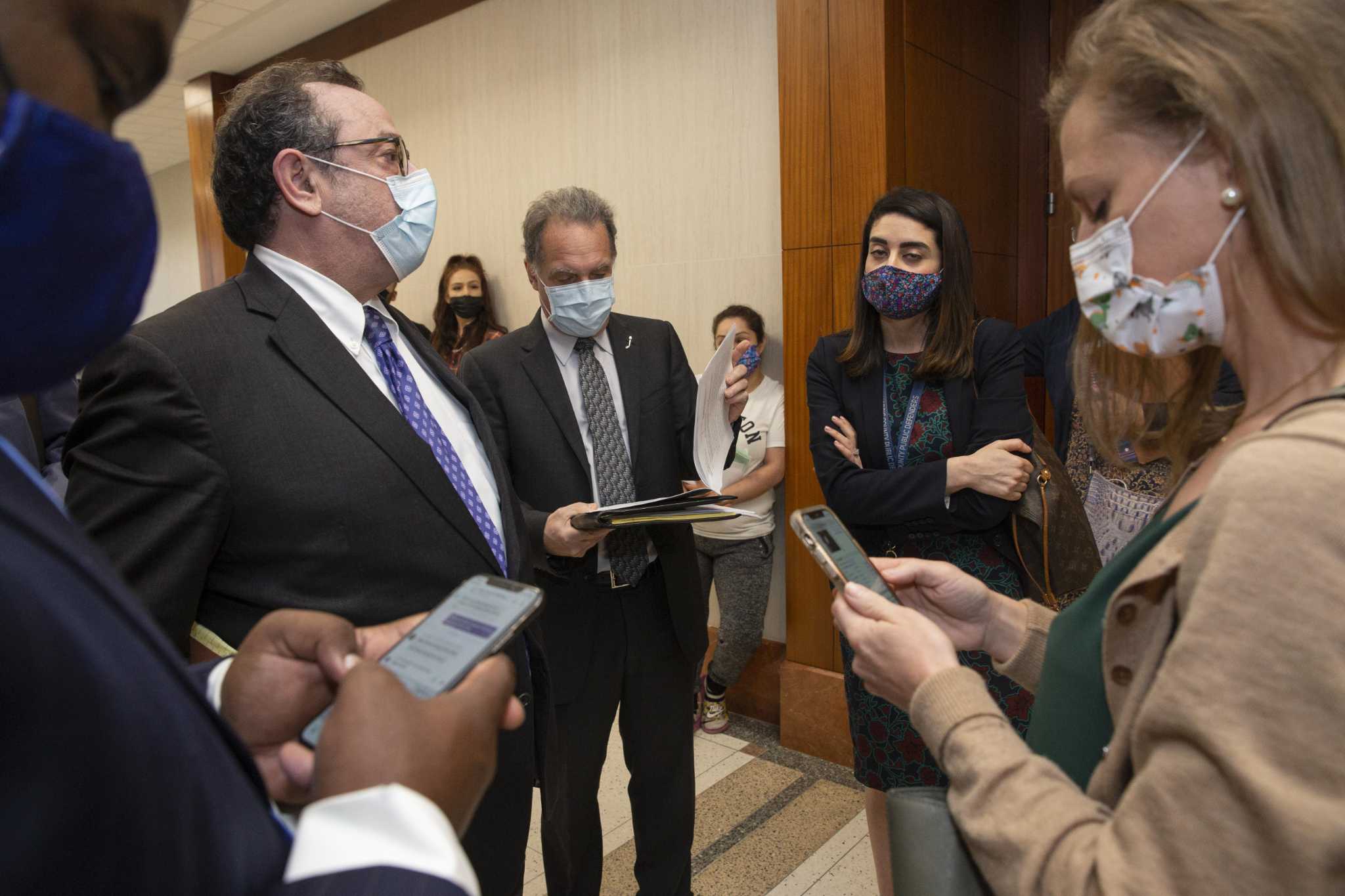 A protection attorney was shut out of court docket by a Houston decide. Why he fought again – and received

Former Vandergrift lawyer climbing Appalachian Path for charity, in reminiscence of his spouse